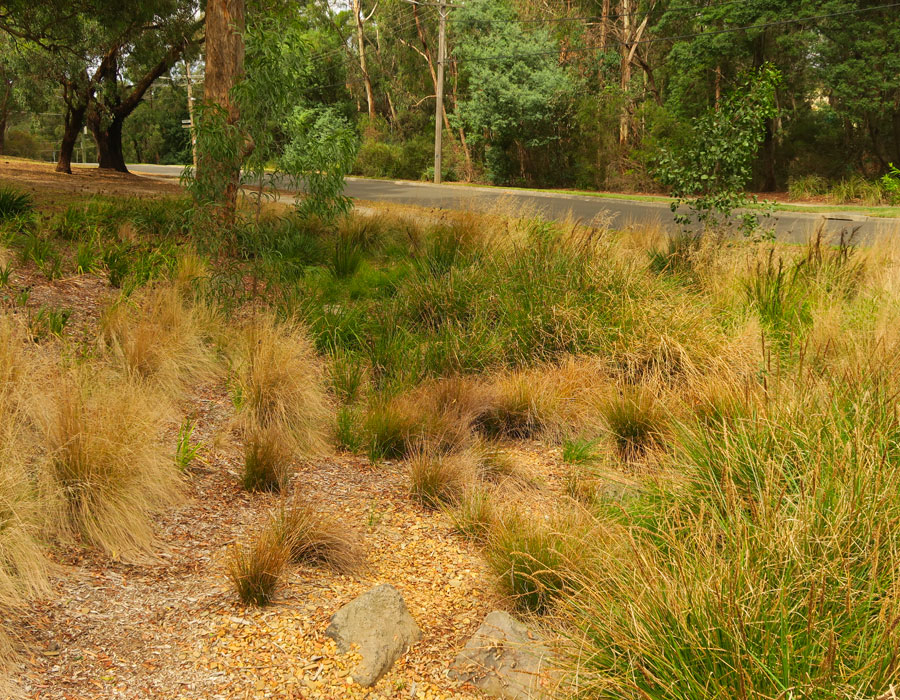 In 2010, a large litter trap (supplementing an older less effective trap) was installed by Monash Council in the storm water pipe at the northern end of the creek. This trap has helped reduce litter swept into the creek by run-off from the surrounding streets. Unfortunately, a number of other smaller storm unfiltered water drains feed into the creek contributing to an ongoing litter problem.

In 2014 Melbourne Water installed a newly designed “fence” over the creek at the shared boundary of Damper Creek Reserve with Riversdale Golf Course. The new “fence” is made up of well-spaced horizontal bars replacing the former unsatisfactory barrier. The former barrier failed due to excessive buildup of debris at that point which resulted in the backyards of neighbouring Yatama Court properties being partially inundated during torrential downpours.

In June 2015, Monash Council commenced work on creating a small ephemeral Wetland and Boardwalk crossing at the south end of the Reserve near the Park Road playground. Alongside significant plantings and signage, this has made an attractive southern entrance to the Reserve.

May 2018, a Community Planting Day was held to plant out the Park Road nature strips with indigenous tube stock, in preparation for the Friends of Damper Creek Conservation Reserve Jubilee celebration, and as a demonstration of what can be achieved with nature strip planting.