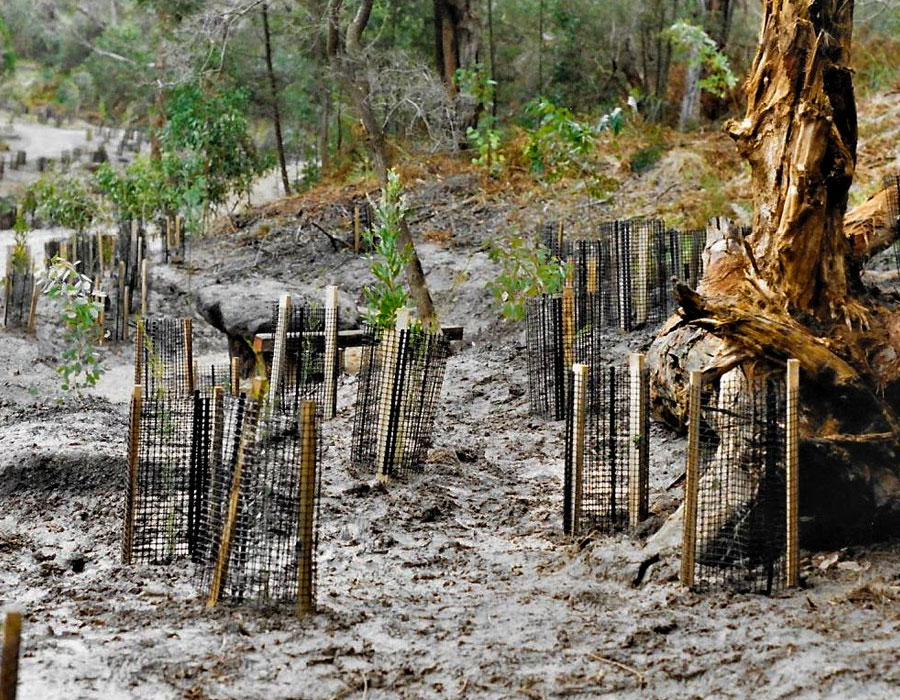 Following an invitation to residents (from the City of Waverley (letter dated 4 May 1993), to form a Friends of Damper Creek Reserve, a meeting was held on 14 May 1993 at 7pm in Alvie Hall, Cnr. Alvie Road and High St Rd Mt Waverley.

The Council had announced it planned to commence maintenance work in Damper Creek Reserve, and were seeking assistance from the community. A restoration program was to be partially funded by the Waverley Council and the Board of Works and this proposal was strongly supported by the residents.

The Council began the major engineering component to stabilise and reconstruct the creek bed and banks, while the Friends successfully applied to Melbourne Parks and Waterways (now Parks Victoria) for funding of plants.

Later work by the Friends to improve the Reserve has included: planting, general clean ups and weeding; construction of the middle bridge (known informally as Palma’s Plummet or the Alice Street Bridge); the boardwalk over the Bengal Crescent tributary; the Park Road noticeboard, erosion control sleepers; bench seats; temporary fencing and assistance with the main ponds.

From its inception, the Friends of Damper Creek Reserve have worked closely with the Monash Council in the planting and weeding of the Reserve. Of recent times Community Planting Days, (funded by Melbourne Water project grants and with Bushcrew assistance from the Monash City Council) and monthly working bees have been held each year. Over the years the Friends have successfully applied for over $130,000 in grants for indigenous tube stock plants, (mostly from Melbourne Water but in the early days from Parks Victoria and other contributors). Together with Monash Council this has enabled a large-scale replanting and maintenance of the Reserve.

Stage 1 from the Alice Street bridge (Palma’s Plummet) to the Tarella bridge;